When several big box retail stores announced their closures in 2017, the United States saw massive closures nationwide. Colorado was not spared by the onslaught and hemorrhage of retail chains like Gymboree, Radioshack, and Family Christian Stores LLC in the same year. Despite surprisingly optimistic numbers reported by many department stores during the 2017 holiday season, 2018 is seeing planned closures in the Centennial State. Meanwhile, the big box retail vacuum is slowly being taken over by discount stores like Dollar Tree and Dollar General. 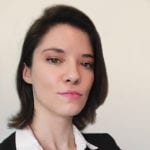 Nationally, the biggest loser in retail is ToysRUs, a big box toy store founded in 1948, which operated 880 locations in the United States at the start of the year. This is not surprising, as sales in the United States are down, falling about 15% this holiday season compared to last year, according to Bloomberg. The company has announced bankruptcy and is expected to close approximately 180 stores across the United States based on retail measures. American Apparel is next on the list of affected general stores, as the clothing retailer plans to close 97 stores nationwide. Although it has been a part of affordable retail in North America since it opened in 1987, the massive closings stem from a history of financial problems within the company. Finally, Kmart is the last of three hardest hit retailers with a loss of 64 stores in 47 states. The big box department franchise, which bought Sears in 2004, operated 735 stores as of January 2017, according to the Sears Holding Corp. annual report.

Colorado’s retail scene, on the other hand, has a much more positive outlook, according to metrics managed by retail analyst group Creditntell. The state reported only four store closings at the previously mentioned retailers – ToysRUs, American Apparel, and Kmart Sears – and reported numerous store openings in late 2017, through 2018. This follows one reduction in retail sales in 2017, where companies like The Gymboree Corp. lost 10 locations in Colorado and approximately 329 nationwide in the same year; Radioshack lost 11 stores in Colorado and 561 nationwide; and Family Christian Stores LLC lost seven stores in the state and suffered a nationwide loss of 252 locations.

Amid that retail void, discount retailer Dollar Tree is picking up the slack with the highest number of store openings reported in the state last year. This appears to be a trend nationwide as the company will be opening 320 new stores in 2018, according to Business Insider. Other big discount companies opening stores across the states include Dollar General (900 locations) and Family Dollar (300). These new store openings highlight another trend: the rise of discount as other retailers are struggling.

The reasons for the boom in discount retailing may coincide with the population increase in Colorado, which represented a notable net gain of 77,000 in 2017. The increase was not enough to save the department stores, which still had very high rental rates across the region. large spaces in square feet. The large amount of space that will soon be unused is quickly becoming a burden in American malls and malls anchored in department stores, as large companies downsize or quit altogether.

The growth in retail development supply that the country experienced in the late 1990s and early 2000s exceeded the current demand that businesses need or can afford. Many industry watchers point out that the boom in e-commerce is the number one reason department stores are seeing less revenue to help cover rental costs. In Denver, retail space per capita stands at 49.7 square feet, according to the city observatory, showing that the space here is not overdeveloped and corresponds to the national space of 49 , 2 square feet per capita.

When you combine the fact that Denver isn’t over-retailed with the steady growth in population, it seems reasonable to expect existing inventory to be absorbed. If the developers start building a lot of new malls, it could make the areas vulnerable, but at the moment the developers seem to be mostly focused on building apartments.

In the retail apocalypse headlines, Colorado’s 2018 outlook appears to be a bit of a refuge as it opens more stores than it loses. In addition, it is a significant market for discount stores like Dollar Tree, which allocates approximately 22% of its inventory to new stores in Colorado cities, and Dollar General, which is opening four of its new stores there. . Discount retailing points to the shortcomings of the retail industry – and regions like Colorado are taking center stage.

Considering that everything is much more expensive now thanks to inflation, a popular international retailer decided to help the masses by launching “$2 plus” stores in and around Toronto. Miniso CanadaThe rebranding campaign launched this weekend, offering quality products starting at just $2, and nothing in the store will cost you more than $10. Stores […]

SALT LAKE CITY — A toy ring sold at discount stores nationwide has been recalled because the makers allegedly violated a ban on lead content. Discount stores sold UP Fashion children’s rings from April 2021 to July 2022. Dollar Store and other discount retail outlets sold the rings, according to the Salt Lake County Health […]

Tesco is set to close or convert 13 Jack’s discount stores, including one in Cambridgeshire, and cut 317 counters in its supermarkets where it has seen “weakest demand”. The change will affect a large number of employees, although the retailer has not confirmed the total number of employees who will be affected, reports Birmingham Live. […]